Guy weighed in 89-8 to take 1st place in the frame, it was a difficult match due to the number of fish that were lost – the size of fish always impresses at Quarry Pool, there are some big monsters in there. He finished ahead of Simon who put 83-8 into his nets for a close second place, probably only one fish behind. And Mel weighed in with 68-2 to claim third place from peg 5, 4, 3 and 2 😮 😆 eh Rob.
We weighed in a total of 466lb at this match. 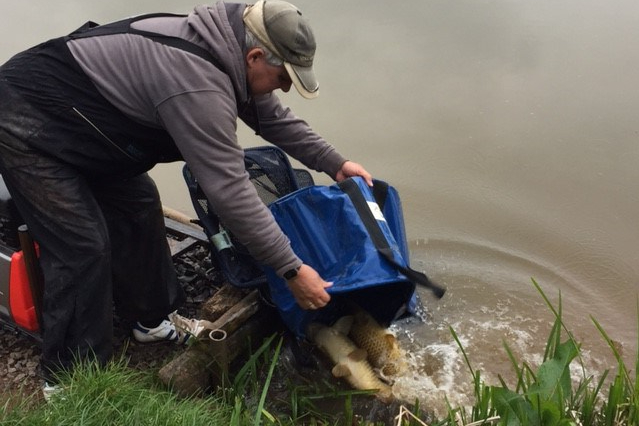 Don’t forget to set your clocks back 1 hour for the next match which is at Broseley, Lodge Lane on October 27.

Can someone donate a 3rd prize for the match as there won’t be any pay out’s. We’ve got a 1st and 2nd prize can you let me know who is going to donate as I don’t want to have loads of bottles to take home 😉

Entry peg fees will be £15 for the match and I would like everyone to have a couple of goes on the football card at £2 a team £30 for the winner – or if someone wants to donate bottle of something for the prize it would mean more money to go to the club funds thanks.